I found "A Stranger in the Cove" to be a really heart warming story with a great setting, believable characters and some important lessons.  It is unusual to finish a story thinking that one might have learnt something about oneself but I did find myself questioning things I have done and the intent behind them!
Kate and Mac have both experienced loss and have their own ways of dealing with it and their lives become entwined when Mac arrives in the village to find someone whom  he believes will allow him to put some ghosts to rest when he can confront her. He finds that there are ways to do things that if not done correctly could disrupt others' lives if he takes the selfish route. Kate helps him to see that and the story of how they resolve this conflict evolves. The author manages to show the similar effects that various types of loss can have on people and how it can bring them together. The love story between Kate and Mac has it's ups and downs but neither can d…
1 comment
Read more

When I hear that a book is set in Cornwall, I immediately want to read it and if it is a historical novel, that is even more of a pull. I am fascinated with the area and it's stormy history so was really happy to review this book.
In retrospect I wish that I had read the previous book in the saga, Penhaligon's Attic.  I was a little confused with the number of characters at first and curious about what had happened before in their lives.  However, I did manage to get into it, and when my  mind stopped asking questions, I could just get on with the story.
While trying to keep secrets of their own, Anna reveals a secret about the real father of someone's baby and that leads to a blackmail situation that threatens to overwhelm.  The wealthy don't necessarily have it all and the business of mining on which the town's fortunes depend is accurately described as the risky business it is.  The intertwining of th…
Post a Comment
Read more

A Review of "Find Me at Willoughby Close" by Kate Hewitt

I loved this story of a woman's journey of re-discovery when her whole life, as she knows it, comes crashing down around her shoulders!  It made me think about how easily we fall into a rut and take things for granted, losing sense of self and direction. Harriet thought her life had nearly come to an end when when discovered her husband had been keeping more than one secret which meant that her life with him and her three children would change drastically. The consequences of his actions meant that while changing her life, Harriet discovered new things about herself that she wasn't sure that she liked. Along with moving to a new neighbourhood, she found that the friends she thought she had had were not real and she slowly acquired new people in her life who were more down to earth and interesting. Ellie whom she hadn't really given the time of day to in her old life, becomes a great support and she has yet to discover the story of her newest neighbour, Ava who seems a litt…
Post a Comment
Read more

Jack Telford, well experienced political journalist, has seven days to solve the mystery surrounding the death of his friend or else be accused of the murder himself.  This tale, based in Portugal, as the title suggests, takes place in 1974 amidst a revolutionary rumble occurring in the country. References to goings on taking place at the time have made me realise I could use to do some research about the happenings at the time although I was familiar with some of the incidents going on in the Portuguese colonies of Africa.
While trying to dig out the cause of his friend's death, Jack renews some old friendships while finding himself embroiled in a "labyrinth" of intrigue. Who to trust?  What to believe? His life is on the line. It's touch and go.
I found it to be an intriguing mystery with strong characters and an unusual theme well away from the usual style that I review.  It is a look at the politics behind the politics and the battles taking place between differen…
1 comment
Read more 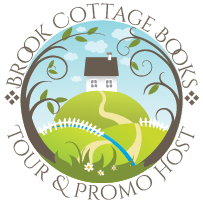 An absorbing story, fabulous characters and a dramatic finale! A book you won't want to put down!!!
A man called Kay ... a story in it's own right, but it gets way more interesting when he meets a woman called Annabelle...or is that who she is?
"Annabelle" takes a thankless, mundane job in an office - her first "real world" employment.  Her new life has been thrust upon her by a judge in  a court of law, the reasons for which seemed a mystery at the time, but the method behind the madness will become apparent. Besides that, it keeps "Annabelle" out of jail and introduces her to a way of life far removed from that she was used to.  It also leads to the meeting of Kay whose life was unknowingly connected to her's despite their backgrounds being worlds apart.
"Annabelle" has a sad past in which she was orphaned at the age of twelve.  The circumstances of her parents deaths were cut and dried, apparently, although "Annabelle" had…
1 comment
Read more

My Review of "The White Camelia" by Juliet Greenwood.

This book effortlessly transports us to a time where much of what we as women take for granted was definitely not a given! It is easy to forget what it was like for women back a hundred and fifty years and more ago when simply being on the street alone could get you mistaken for a prostitute!
The story of two women, Sybil and Bea, world's apart - but not - and revenge on wrongs previously committed is intriguing, fascinating and enthralling.  What are the mysteries surrounding the past of the two ladies whose futures were moulded by very different beginnings? Will they be able to face their demons and each other?
The writer captures scenes brilliantly and the reader can easily get the feeling of where they are whether it is the the deserted and dusty manor house or the crowded tea room with it's comforting slices of tea loaf! Cornwall is a fabulous setting and the author could not resist a hint of Welsh being put into the mix and a description of pre-emancipation London. Those…
1 comment
Read more

There was a reason that I decided to review this book. As soon as I knew the story involved Wales and Canada, I was sold! Having come from a coal mining heritage in the Welsh valleys and lived in Canada for nineteen years, this book was right up my street!

One of the first things that struck me in the beginning chapters was the writer's expression of details. I always had a clear picture of the scenes including the nappy changing that many can relate to!

Secondly, there is a professionalism that is evident in the research and the writing.

This book tells the tales of Gareth Maddox, a successful lawyer who leaves London with his wife and family and returns to Wales where his heart lies; and of his great- grandfather, Idris, who emigrates to Canada after the miners strike in the 1920's.

The parallel stories of  Gareth and his family and that of his great grandfather and his twin brother are enthralling and really draw the reader in.  The history of the Welsh vales and the plig…
Post a Comment
Read more
More posts